Karen's Crossing ~~Thy Will Not My Will 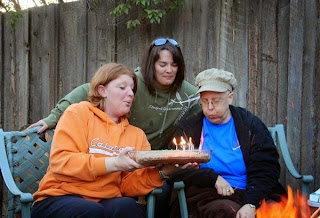 Around the door of time lies another Easter to be celebrated. This year as my cancer spreads the Easter stories in the Bible take on a different light shining in my heart. It points me to the garden where Jesus prayed.

Reading about Jesus' time in Gethsemane in Matthew 26:36-44 really showed me something. Jesus himself was about to face death and He knew it. He went into the garden that day to pray. First thing He told his disciples were "sit here while I go over there to pray."

After that Jesus began to be sorrowful and deeply distressed. He told the disciples with Him that His soul was exceedingly sorrowful even to death. Next He went a little further and fell on His face praying, "O my Father, if it is possible let this cup pass from Me, nevertheless, not as I will but as You will."

A second and a third time Jesus went off and prayed the same words. Saying, "Father, if this cup cannot pass away from me unless I drink it, Your will be done."

As hard as it is to deal with the grief of dying it helps me to know even Jesus shared those emotions. He demonstrated in the garden how to deal with it by giving it up to God's will not His own. I know when I do that I will hear in my heart what was said to the thief on the cross. "Today, soon, or even some day you will be with Me in paradise." Luke 23:43.
Posted by Karen at 8:04 AM No comments:

Karen's Crossing~~~permission to Rise Above The Storm

Recently in a devastating catastrophe an airplane facing a violent storm crashed into the Java sea. AirAsia flight QZ8501 came down on December 28, 2014 after attempting its final option of requesting permission to fly above the storm. 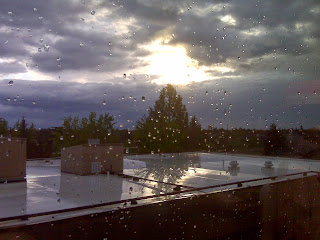 According to the news the request was denied because there were so many others getting permission ahead of them getting the same permission in the same area. From there only the black boxes of the airplane know the true secret of what happened next. The one thing that brought the plane to its final resting place on the ocean's bottom.

Spiritually we need to put in the same request the pilot did that day but to the Lord. Permission to fly above life's storms. Storms in life are inevitable, we can't get around some and others intensity are almost unbearable.

Storms such as relationship issues, money problems, health difficulties, rebellious teenagers, job hunting and so much more. All are storms we find ourselves facing. To one person they may be a devastating event while others see them as some whirlwind of circumstances.


Things that can effect our view of things can be our attitude, our level of trust, our spiritual maturity, and our faith in God. When we have these things it makes going through storms much easier. However, we will hit storms that are much bigger in intensity and we may need to ask God permission if we can rise above the storm.

In my last visit with my doctor he told me my cancer didn't look good. The three measuring sticks he uses to come to that conclusion I flunked each one. For two years my family had gone through these storms over and over again. I could tell this one wasn't going to go by without leaving some kind of damage.

Doing the best I could behind a curtain of tears I asked God permission to rise above the storm. To be strong and not let this recent news get to me nor my family. One by one the grandkids are beginning to show signs of reality and what was going on.

Aubrey one day was at my blood transfusion staring down at the floor. She told me, grandma I didn't think it would happen this fast." What do you mean, I asked her. "The oxygen and the hair loss and the hospital rooms" she replied back. My heart just broke and if it weren't for strong arteries the blood I was receiving would have seeped all out onto the floor.


Then recently my seventeen year old granddaughter got on a website where you can plug in your picture and your boyfriends picture to see what your kids will look like. They wanted me to see what my great grandkids would look like before I die.  Stopped again in its tracks was my heart overflowing with the pain they were feeling yet with the love I am feeling from them.

A cake from Brooke and a daily call asking me how my day was going. Anthony's gentlemen gestures to help me thru a door or up a stair and other random acts of love. Each one serving as their cry out to ask God permission to rise above life's storm of grandma's cancer and to say "We love you. " Grandma loves you too my precious ones.

The beauty of asking God for such permission is knowing we won't be denied because too many people asked first. It's true though sometimes God allows us to go through storms simply to learn how to trust Him and how to survive. We learn from storms a great deal of things.

For example, the major storm my head injury and epilepsy caused was something I learned a great deal from. If God had allowed me to rise above it and miss it all together I wouldn't have matured as a Christian like I did. The epilepsy storm prepared me for something much bigger and devastating, the storm of my cancer.

The biggest thing about rising above life's storms is permission to have a better attitude, to be strong and not collapse under the storms pressure. Also to not be effected by it to the point where the storm has beaten us instead of us withstanding it. 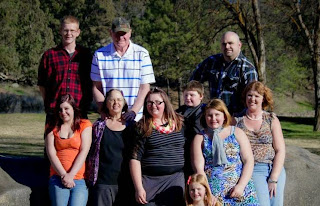 So my, not so little ones anymore, stay strong. Use God as your anchor. You may have weak moments but that is okay Grandma had plenty. Just lean on Jesus. Trust Him as the captain of your ship. You may get the wind in your face, water in your eyes but you will make it through.    Love you, Grandma
Posted by Karen at 4:35 PM No comments: 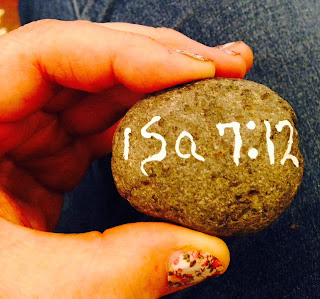 Another chemo day, thus so far another dollar. The day started out with a spark but soon it would change to smoldering coals. As my vitals were taken and the labs drawn it seemed like another mundane visit.

However, that wasn't the case. Two important test results had dropped again. My oxygen level had dropped into the 80's and my red blood cell count went down further into the anemia spectrum.

Suddenly I qualified for home oxygen and a blood transfusion was also ordered. Surrounded by two granddaughters anxiously paying attention they knew something was wrong. As much as I wanted to cry I just couldn't in front of them. All I could say to myself was, "suck it up Karen and grow up."

I knew in my heart it wasn't a matter of immaturity to cry out at such news but it was the only way I could stop myself in order to remain strong for the girls. The truth was thus so far God had helped me in my journey and tears weren't needed.

Interestingly enough my sister soon reminded me of that. When she asked how I was feeling. "I quickly told her honestly that, "I wanted to cry."

Her instant response were words she used against me from my own writing. She reminded about what I had said about my fighter button. Karen she added your fighter button has been thru a lot therefore it was okay to cry.

To add to that she then sent me the words to a couple of hymnals she loved so dearly. One song stated behind this armor the warrior is a child. A child hiding tears, concealing the things that knocked them down laying them at the Saviors feet. Someone who frequently ran back to the Savior looking for a smile and a renewal of their strength. 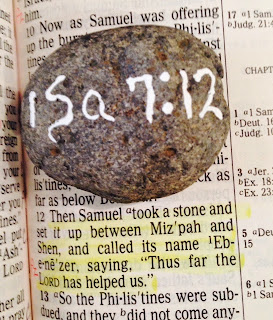 Another hymnal she told me about   was the one that had the name Ebenezer in it. It was a story from 1 Samuel 7:12 where Samuel took a rock and named it Ebenezer which to him meant " Thus far the Lord has helped us."

Years ago this was a scripture I had used to get me through another difficult time. I even took a rock and wrote 1 Sam 7:12 on it. Whenever times got rough I would raise high my rock named Ebenezer to remind myself that, "thus far God had helped me whether it felt like it or not."

Today was another one if those "it doesn't feel like it day." I even had the evidence to prove I was wrong if I was only willing to look.  For example thus far God has helped me with my epilepsy, my family, my parents care, my cancer, my career, my Christian walk, my writing, my wounds, my healing, my fears, my emotions, my mistakes, my shortcomings, and so much more.

My help or Ebenezer was there when I needed Him the most and today wasn't going to be any different. My faith and trust still needed to be in Him. Once again it was not time to grow up but a time to raise up my Ebenezer and praise God for what He had done thus far.

Already listing the things God had helped me with I couldn't help but lift the things I was thankful for. Things like modern medicine, ability to fight, strength from God, my families support, thoughtful grandchildren, caring friends, loving strangers, and more.

Thus so far God has done well in my life. At birth I wasn't issued a certificate  at the hospital for a mundane life free of pain, showing my address and who my parents were. Nope, no free from pain promises there yet my parents still took me home.

Spiritually it was the same way, no free from pain promises there either. Instead I was given a certificate showing my spiritual DOB as of July 4th with an address as one who was heavenly bound. Also showing who my parent was, God himself who prepares a place for me so that He too can take me home when it's time.

To Him be the glory who is the lifter of my head. The one who 'thus far' has seen me thru a lot and tomorrow's blood transfusion will be no different. Therefore as I rest my weary head on the pillow of my Ebenezer I am comforted.

So together let us raise our Ebenezer's and acknowledge, thus far God has helped us and will continue to do so no matter what the circumstances. Praise the Lord.

Followers of this blog

Other Blogs I Write For: 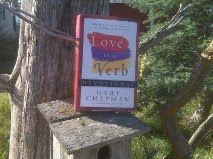 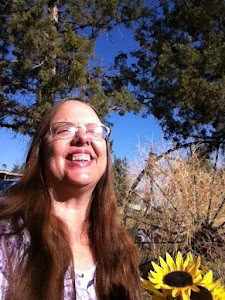 Another sunny day in Oregon

Women in the House of God

W.I.T.H. Women in the House Ministry bible studies can be seen now over at withministry.wordpress.com. I'm still getting the Bible studies added to the site but they will be there for those who would like to follow along. It's been a fun adventure and one of great learning as we walk our way through God's Word and the lessons He has for us to learn.

Our Chronological study is going well. We have managed to make our way up thru the books of Samuel, King, and Chronicles. Its been an interesting study as we look for lessons we can learn from our Bible Buddies and apply them to our own lives.

Grab your Bible and join us!

See posts on the left 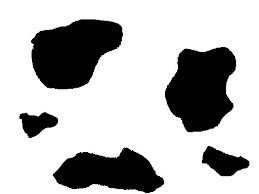